We want to give you the best possible experience on our website. For this we use technically required cookies and, if you agree, cookies for analysis and marketing purposes. You can find more information about the cookies in our Privacy Policy. By tapping ‘Accept All,’ you consent to the use of these methods by us and third parties.

SAML SSO for Atlassian Data Center / Server supports nested groups in principle, but there is something special to note when working together with ADFS.
ADFS will always "flatten" any nested group relationships.

Let's assume the user "ExampleUser" is part of the following groups:

There is also a group hierarchy as follows:

So ultimately the user belongs to all 5 groups but he is part of "grandfathergroup" & "fathergroup" by a nested relationship.

ADFS will transmit only "flattened" relationship to the Atlassian Data Center / Server plugin via SAML, so the message from ADFS will look like this:

In this message the plugin cannot determine the nested relationship.

So it would mean that in Confluence/ Jira the plugin will make the user to a direct member of all the five groups:

From a security- and rights management point of view, this is usually not an Issue.
It's still possible to assign rights and roles to any of these groups and as the user is part of each of them, hence getting the correct rights.

If the user is getting removed from the "childgroup" for example, in the next SAML message there will only be the following groups:

So the Plugin will remove the User from the 3 groups he no longer is part of:

It is also possible to remove any nested group names from the SAML message completely, using a custom claim rule.
Please follow the steps below to do that.

In case you didn't set the following up already:
In order to let the SAML SSO app for Atlassian Server or Data Center read the groups from the SAML attribute sent by ADFS according to the new custom rule,
you need to make some changes in the Identity Providers section of the SAML SSO settings page for your AD FS identity provider:

This will reveal another section called Group Settings which is part of what is commonly known as Just In-Time provisioning.
Choose Group as the Group Attribute from the select list: 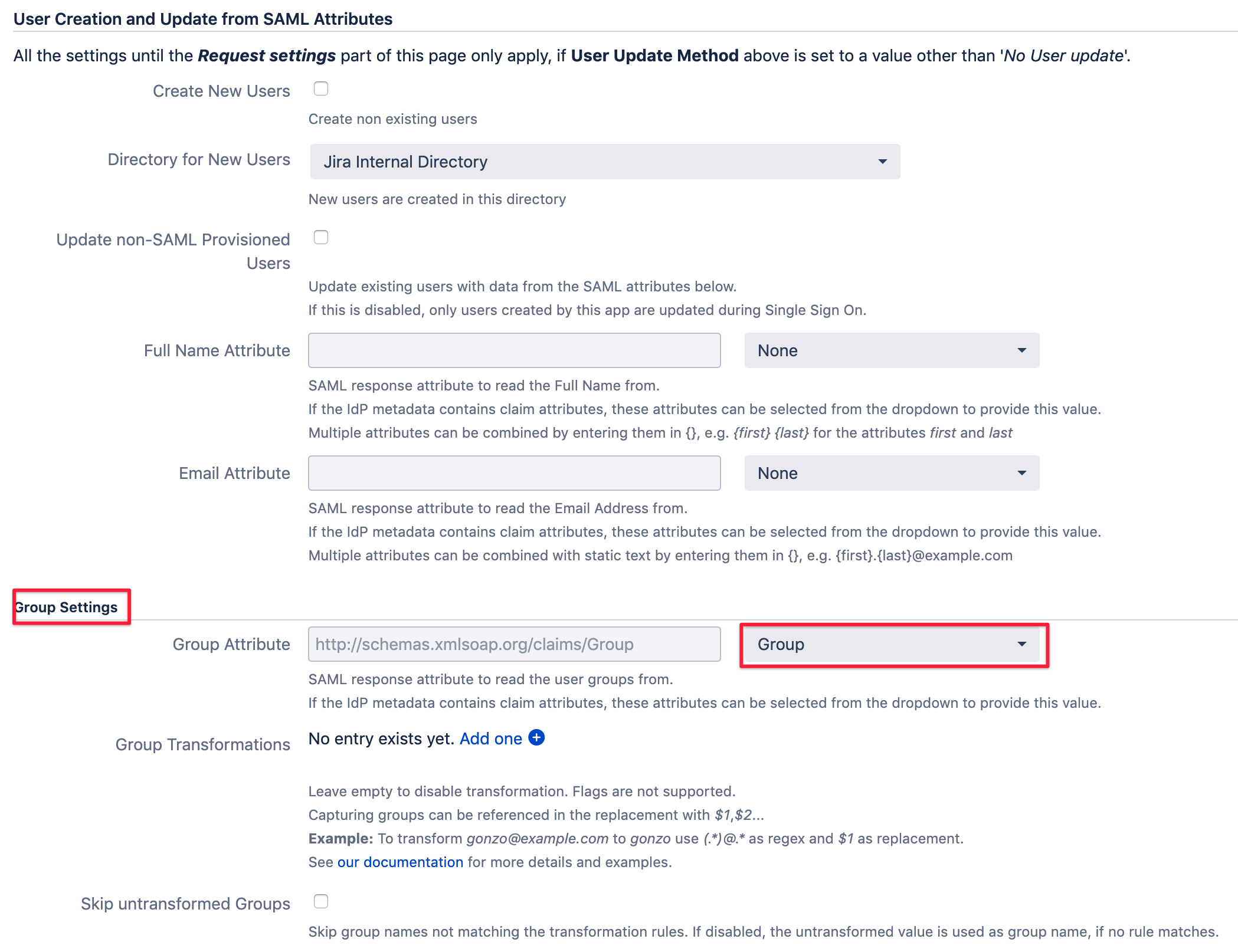 You can of course also configure User Creation in the upper part of that configuration screen.
You can read more about it in the tutorial for setting up AD FS with Just In-Time provisioning